Underground Drainage Installation - The Basics You Need To Know

Underground drainage is a system of pipes, bends, junctions and other fittings that sits underground and transports waste water or foul water to the local sewage treatment facility. Drainage systems are most commonly made from PVC today because it is lightweight, strong and highly durable. PVC is also a more cost effective solution compared to clay or concrete and is generally much easier to install. PVC pipes have a smooth inner wall which allows waste water to flow freely.

An underground drainage system is easily identified thanks to it’s terracotta colour, which is the industry standard for this system. Surprisingly, soil pipes and fittings are nearly identical, having been manufactured on the same machines. The only difference is that these will be black, white, or grey in colour and will contain an additive to prevent discoloration caused by UV rays.

Firstly, you’ll need to dig out trenches to the correct fall - the angle of the slope, so that gravity helps the water to drain away. Your trench should then be laid with pea shingle, this will help to protect the underground pipes.

Generally most pipework and fittings are straightforward enough to connect and often use a ‘push-fit’ system that includes pipes with sockets and rubber seals or a spigot that fits into the socket.

Once you have laid your pipework, you need to fill in the rest of the trench with pea shingle so that the drainage pipes are completely surrounded, this ensures the highest level of protection. The trench itself should be 410mm wide if using 110mm drainage pipe, or 460mm wide if using 160mm drainage pipe. The trench should always be 300mm wider than the pipe that is to be laid in it. It is possible to use the dug out soil from the trench to surround the pipes but you will need to remove any rocks and stones first and be aware that it will not offer the same level of protection as pea shingle. When burying the pipework, a minimum of 300mm of cover should be placed over the top; otherwise, when compacting the soil, the pipe system may become damaged.

PVC drainage pipes can be simply cut using a hacksaw; however, this will often leave a sharp or rough edge which could damage a seal when pushed into a socket resulting in a leakage of foul water, which nobody wants.

Avoiding this is simple, invest in a chamfer tool.  A chamfer tool will file down and smooth the end.  The chamfered end should then be lubricated with a special pipe lubricant.  Then the ends can be firmly pushed together until it won’t go any further, then you’ll need to pull it back 10mm to allow for any movement or expansion.

Connecting To The Above Ground System

We touched on soil pipes earlier, they are often the black, grey or white pipes that run down the side of your house and connect to the underground drainage system.   They are almost identical to the underground system and therefore connecting them is just the same as underground pipes.  It is worth noting that rainwater downpipes or waste pipes are often a slightly different size.  You will probably need a rubber rainwater adaptor that pushes inside the 110mm underground pipe and then the downpipe pushes into it.  Waste pipe systems can be connected in the same way but will usually need to be joined further up the run.

Available in lengths of 3 or 6 metres, these standard underground pipes can be easily connected to other pipes without the need for additional couplers or joiners.

These pipe bends allow you to easily change the direction of the pipe system.  They are available in a choice of angles and will usually have a single socket with one socket end and one spigot end or with two sockets and no spigot.

Couplers, couplings or joiners allow you to connect to lengths of pipe together.

Designed with a grill on top, a bottle gully can accept a rainwater downpipe or waste pipes. They have a built-in trap that prevents odours and gases from entering the building through plugholes or air gaps from the underground drainage system.

Hoppers are used in a similar way to gullies however, they do not feature an integrated trap.

Usually available in a choice of styles, traps work well with a hopper above and will form a trap to prevent bad odours and gasses from entering a property.

Often having sockets for easy connection to an underground drainage system, rodding eye points feature a 45 degree angle and allow easy access in case of a blockage.

These are rubber adaptors that allow a simple and secure connection from a rainwater downpipe to the underground system.

Here at KPT Timber, we don’t just stock and sell timber.  We have a vast array of items including a great choice of underground drainage products all of which are competitively priced.  We hope that you have found this basic guide to underground drainage useful and that you can find everything you need to complete your drainage system on our website. 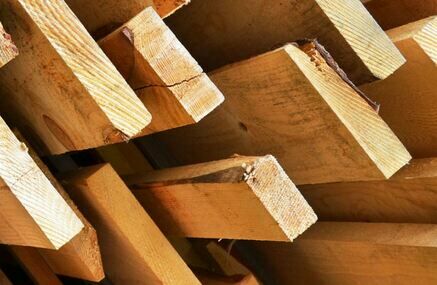 When it comes to woodworking projects, the one-size-fits-all approach simply won't cut it. 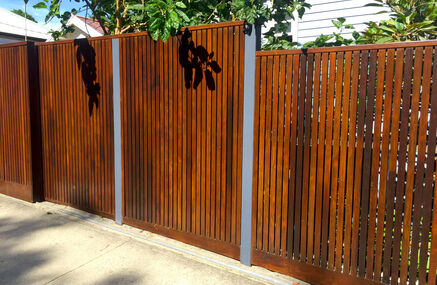 DuraPost is a galvanised steel fence post system that provides a strong, secure and easy alternative to wooden and concrete fence posts. DuraPost can be used with any type of fencing, is produced in the UK and is available in a wide range of modern colours. 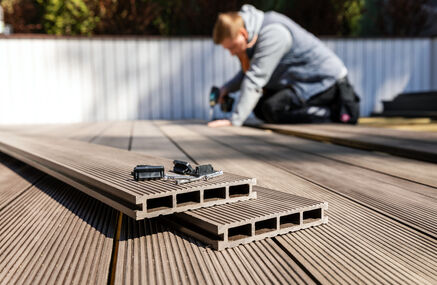 How To Lay Decking In 10 Easy To Follow Steps

With Spring in full swing and the hope of warmer, sunnier days you may be dreaming of a garden deck to chill out on and soak up some much needed vitamin D.